On the Mountain of Saint George 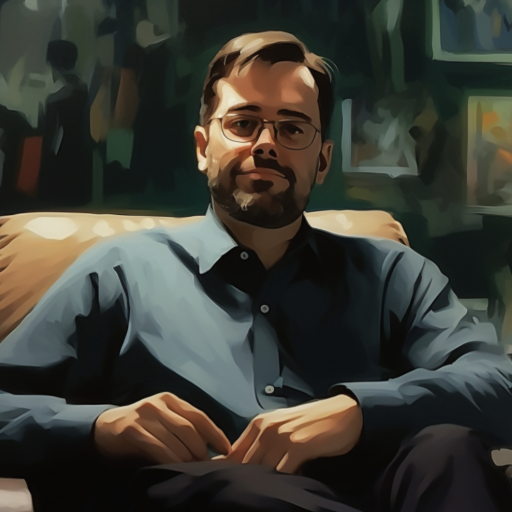 Legends of the Canton St. Gallen

On the Mountain of Saint George

According to Dr. E. Buss

In Christian times, St. George, the patron Saint of knights and rich lords, often took his place. In fact, the old pilgrimage church is dedicated to St. George1, and the noisy retinue of the pagan god sometimes becomes an army of restless spirits that still fill with their haunting the areas where their lord and master was once most eagerly worshipped. St. George’s Hill2 is an ancient cultural site; it was a natural sacrificial altar for pagan feasts; a Roman fort also stood on it, then in the Middle Ages a small Beguine Monastery3, all of which folklore has recorded in its legends down to our time.

According to O. Giger

Traveling pilgrims have peered into the rock face through the mountain cliff and discovered immeasurable treasures of gold and silver there, as on the higher stone wall and in the golden hole of the nearby Alp Sennis. The stones of this area are said to have turned into gold for the traders from Venice, and from it they are said to have taken all their riches.

On the heights of the smooth rock face, inaccessible to ordinary people, there is a collection of buildings and in the middle of them several chapels. Someplace among those chapels there is a door that leads inside the mountain to its hidden treasures. This door opens at certain times, even in broad daylight. When this happens men, who look like clergymen come out, climb up the rock face to the top, one does not understand how, and sun their vestments and all kinds of precious artifacts there between the chapels. During this time, no one dared to climb the heights. When they have solarized their treasures long enough, they return, and disappear into the mountainside, and the door closes again.

At night, however, much more sinister things happen on the heights. Often, when in the villages of Flums or Bärschis the bells have struck the midnight hour and the valley lies in deepest darkness, the mountain suddenly becomes light up there, and one sees black figures setting something up between the the two chapels. Then the figures appear to tirelessly throw two golden balls at giant silver pins. Down below you can clearly hear the muffled rolling of the balls, the falling of the pins they hit, and the confused voices of the men. This goes on until on the stroke of one o’clock everything suddenly falls silent and they all disappear.

Some of the black figures wear white headgear, but for most of them there is nothing white left. Those with white clothing are said to be redeemable still, while the latter are not.

In ancient times a fiery dragon came to the area above the village of Ebringen and disappeared into a cave on the southern slope of Schönberg Mountain. The heathen population revered the dragon as a god, to whom from time to time a human sacrifice had to be presented for its nourishment. Finally the lot fell on the charming and youthful daughter of the prince who resided at Schneeburg Castle.

At the same time there lived at the foot of Schönberg Mountain5 a young knight who had secretly converted to Christianity. When he learned of the horrible fate awaiting the prince’s daughter he bravely resolved to kill the all-powerful dragon. Well armored and with a mighty spear in his right hand, he mounted his valiant steed and, trusting in his god6, he advanced toward the hellish beast.

Greedily awaiting the fearlessly advancing attacker, the monster lay before his cave, his jaws opened and fuming with poison. The proud and foaming steed reared up, but powerful arms swiftly and surely held the reigns and aimed the spear. Hissing, the death-delivering projectile flew into monster’s open throat.

The prince and the people received the news of the young knight’s brave and liberating deed with jubilation. And with jubilation they praised the battle god who had granted such great power to the warrior. To commemorate the deed, stone crosses were erected on the houses in Ebringen, above which the dragon had formerly flown. Some of these stone crosses still exist on gables in the village. The daring knight, whose name was George, was now revered as a saint, and thus the place where he lived was later called Saint George.

Until a short time ago, an annual festival was held there every April 23, the saint’s day, and peasants from the region would ride their horses around the church three times, asking Saint George’s protection for their horses.

Oral Reports say that: The village of Ebringen was mentioned as far back as the 8th century7. Outside of Ebringen there are three old, fine, stone field crosses that stand in memory of a event where townspeople from Wolfenweiler and Ebringen beat each other bloody. Later legends claim these stones denote the border mark to which Martin Luther8 and his army once advanced and were defeated.

As noted by: T. Tschopp

There is an interesting connection here between St. George, Oden, and the Wild Huntsman. An additional detail missing from the above legends and myths is that mountain in question above is one of the few active volcanos in Europe. Additionally, this whole area spoken of above is on the border between Germany, Switzerland, and the old Habsburg empire.

One wonders how much truth there is in the old priests of Oden becoming followers of St. George and then burying their ritualistic objects under the crest of the mountain in secret chambers within the caldera of the Volcano. The Monastery was moved to a spot along the Rhine river in the early 11th century and it became a castle from that point on. Volcanos themselves are great source of gold, diamonds, garnet, sapphires, opals, olivine, basalt, obsidian, nickle, lead, zinc, and Bauxite. This is probably the source of riches spoken of in the myth.

Wodan's Revenge
Checked Into: Fountain at The Americana

Latest in Men in Black